Is Personal Appearance Something Christians Should Care About?

Black & White For A Day In Penang, Malaysia 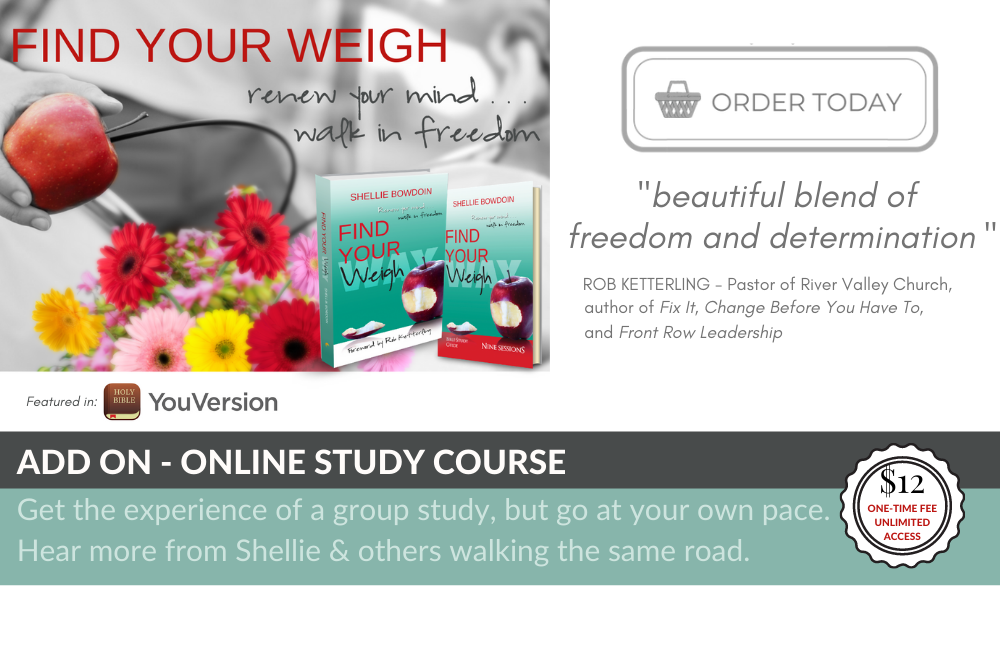 My husband has always had his culinary specialties. He’s makes an out-of-this-world cornbread dressing on Thanksgiving using a family recipe passed through the shoots of his Southern roots. He’s tweaked and perfected it to an art…right down to the finely chopped, perfectly-uniform pieces of celery.

But in the last few years he’s been honing his skills in muffin making. In fact, my daughter and I call him the “muffin man.” He likes to experiment with different ingredients and has the ability to turn out masterful, fluffy muffins.

This morning I woke up to find a kitchen counter dressed with a dozen freshly baked muffins. Even though his bags were packed to leave for a ministry trip in a few hours, he didn’t want me to run out while he was gone.

Those muffins have become a labor of love. Seeing my 6’1″ husband baking in the kitchen with a towel slung over his shoulder as he hums a tune under his breath just gives me a case of the warm fuzzies.

Oh yes, love is in the little things! Don’t get me wrong. I like the grand gestures too, but something about those muffins speaks love to me in a way that makes me feel nurtured, cared for and important.

Small acts of love build strong relationships. Essentially, small acts of love build a sense of trust and validation. The best illustration I have heard on this concept is the love bank. Banks are useful institutions that allow us to deposit and withdraw our money at will. Generally, we regard banks to be safe places. We trust them to guard and protect our money.

Now, let’s compare the two primary bank functions of deposit and withdrawal to relationships. In this scenario, smaller acts of love would represent deposits. For instance, every time you extend yourself in some small way in a relationship, you essentially make a deposit into the love bank.

Every time my husband bakes me muffins or when I take the time to proofread one of his emails, we are making investments or deposits into each other’s love bank.

Now, we all know that relationships are hard work. Sometimes, our love is tried and tested. He comes home late without calling to let you know; you are too wrapped up in your television show to listen to his account of an awful business call; he forgets to pick up the milk after three texts to remind him and the list goes on. All of these instances represent withdrawals from the love bank.

Ah, herein lies the beauty of small acts of love. As long as your bank stays flush in love, your relationship remains strong. Why? Because there is enough love stored up to absorb the hurt and move on.

The relationship only starts to suffer when the account is overdrawn…when there have not been enough love deposits.

relationship only starts to suffer when the account is overdrawn; when there have not been enough love deposits.

It is always surprising when I see a couple call it quits after years of marriage. But, it’s not hard to see how it happens. Generally, young couples have read or heard enough stories to know that marriage is not easy; that it takes hard work and commitment to last.

But, something can happen with seasoned relationships. Somewhere along the line you both become so comfortable with each other that you just assume your spouse knows how you feel.

Oh, he knows I love him, so what is the point of going the extra mile?

But life goes on and each of you find yourselves making consistent, inevitable withdrawals. These withdrawals are bound to occur when two separate individuals share life. However, without regular deposits of love, even small withdrawals can eventually erode the core of the relationship from the inside out until eventually, only the shell remains.

without regular deposits of love, even small withdrawals can eventually erode the core of the relationship

Instead, love allows the offended person to overlook the wrong in favor of maintaining peace and harmony in the relationship.

It is never too late to start depositing into the love bank. Jesus called his disciples to tangible acts when he told them,

“By this everyone will know that you are my disciples, if you love one another.”

He was calling them to more than a feeling or emotional state, he was telling them to treat each other in a way that others would recognize their love for one another. It takes love to keep and build strong relationships.

But there is good news! It is never too late to start depositing into the love bank and often these deposits are just the little things you say that mean a huge deal to him. Here are some suggestions of places to start:

Give him opportunities to be indispensable, even if you could eventually do it yourself. It’s hard to live with an island. Just because you are capable of doing every single thing yourself doesn’t mean you have to. That’s what a partnership is for!

I could go on and on with this list, but it’s a good starting point. If you have been doing these things all along, your marriage is likely stronger than ever.

If your love bank has long run dry, then it’s time to start making some deposits. Oh, and don’t worry if the deposits are only one-sided at first. When a person feels the love, they often respond in kind.

Feel free to comment and add to the list of small acts of love. What have you have found builds a strong relationship. Also, you can really share the love with me by subscribing to this site with your email address or sharing this article, or both!

Catch all my posts by subscribing with your email in the footer of the blog/home page or Follow with Bloglovin’!

⭐ 50+ blogger on faith, fashion & fitness
⭐ Author of "Find Your Weigh" book & video Bible study
✨ Point people to Jesus &
the joy of the Lord ✨

I love making memories with the family ❤️. The

There's a lot of shiny stuff out there, but what y

I don't drink and I'm not really a fan of mayonnai

I hate the idea that we somehow reach a place wher

Just having a little fun! 😉 I love black for my

Made some beautiful memories with my family this w

I attended my nephew's wedding this weekend. This